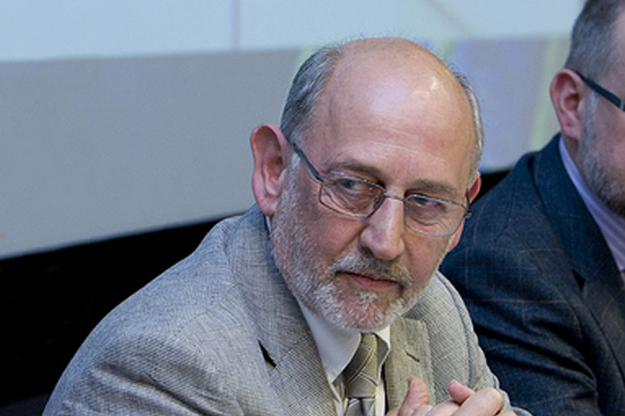 My experience in moderating European conferences is based on the principals of high-quality broadcast journalism – well-researched subjects, well-planned sessions with advance contact with speakers, techniques to ensure the audience remains interested and involved throughout, clear communication , perfect time-discipline, and independent chairing of discussions.

I worked for BBC News for 27 years, first as a reporter, presenter and producer, then as an editor and manager at the Regional, National, and International levels. I was in charge of news coverage for BBC World Service Radio and Television, and helped to launch the 24-hour channel “BBC World”. For four years I produced the main BBC TV evening news programme, and before that was the Foreign News Editor for BBC Television.

My involvement in organising coverage of international affairs inspired a special interest in the development of the EU. I am a fervent supporter of ‘The European Project’. I was able to set up BBC TV’s first Brussels bureau back in 1978, and after the collapse of the Soviet Union led a series of journalism training courses in Eastern Europe.

Now I’m an independent consultant, running “T-Media”, a network of specialists supporting the development of high-quality broadcasting across Europe. I have advised European institutions on their communications strategies, and I am a regular conference moderator at international events, covering a range of subjects including Economic Growth, Regional Development in the EU, Transport, European Environmental Policy, Climate Change, Coastal Communities, Civil Protection, and Chemical Regulation, as well as various events considering ways to communicate the EU to citizens more effectively. 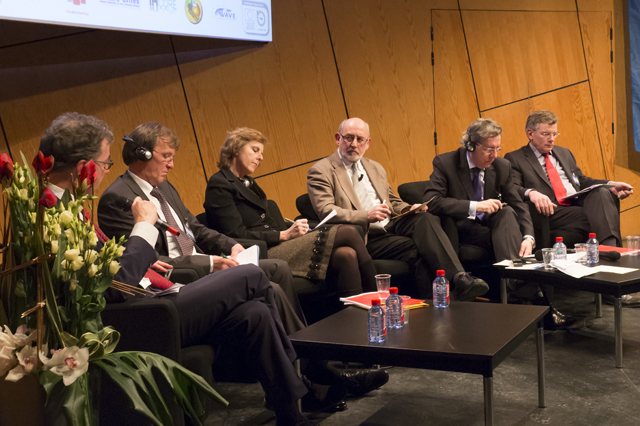 “A special thank you to Rick Thompson and Aminda Leigh, for their great contributions as moderators throughout the conference”.
European Commission DG Environment staff organising the HOPE conference on Healthy Oceans, Productive Ecosystems 2014

“We would like to thank you, Rick, for facilitating the seminar for European Documentation Centres held in Brussels. Your active involvement in the meeting contributed greatly to the undeniable success of our event. We can only repeat what has been already said on previous events: You conducted the event in such a professional manner. Your efficiency, dedication and genuine human touch were appreciated by us and also by the 120 participants. We have already received excellent feedback on you… Congratulations and happy to work with you in the future!”
Europe Direct Coordinator, DG Communication

Rick’s full CV can be seen at:
www.t-media.org.uk/rickscv.htm